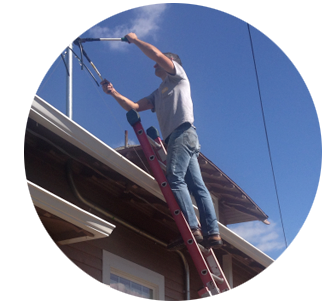 Real-world insights from inside the contracting industry.
Read Our blog!

Our customers share their stories and the challenges they overcome.
Back to Resources
Previous Next

Where’s The Money? Do You Know What Your Real Overhead Is?

Have you calculated everything into your established overhead margin, including changes to the business that happen over time? Do you know what your true operating costs are? The better your understanding of this value is, the fewer surprises you will find in your balance sheet at year’s end.

Before digging too deep here, this piece is written for the small, starting or growing company (let’s say 10 or less employees) who are still building their business.  Those of you that are driving the mothership of your area with 50+ employees probably have a dedicated financial professional that has all of this dialed in and spends dedicated hours keeping you on top of your own financials.

That said, with over 60% of the electrical contracting businesses out there having 1-4 employees, it’s safe to say that many of you are running a small tight ship and have little time to sit down and crunch these numbers out on a regular basis.

I was out last month on a company retreat with one of our customers. One of the key objectives of the day was to figure out why their net profit was running so low.  Overall, their field operations had become very efficient. Labor and material costs were submitted on a daily basis. They weren’t missing or losing material receipts and they were on top of their game with tracking change orders. Unfortunately, running a basic annual P&L for the company showed that their annual net profit was 6% instead of their target of 12%. So where was the money? If you are not burning extra hours on jobs, bleeding on change orders or failing to track material costs properly, what’s killing the profit margin?

In truth, the answer to this question was hardly a needle in a haystack.  It only took a few minutes to drill through the last year’s financials and find the answer.  Their overhead was considerably higher than their standard markup considered in their pricing.  The last year had brought several changes to the business that had affected their operating costs. This is what we found:

The enemy here wasn’t poor math skills, it came from not taking time assessing changes to the business.

“Busy-ness” is a struggle for most small businesses, especially when the work is pouring in. Analyzing financials can also seem complicated and time consuming.  However taking an hour a few times a year will pay forward and every minute you spend will put money back into your pocket.

Staying in touch with your business costs and the variables that affect them will keep your pricing accurate, your overhead in check and your profit margin intact.

About the Author: admin

Give us 15 minutes, we’ll give you your weekends back!